Best Thermostat Temperature To Save Money This Winter 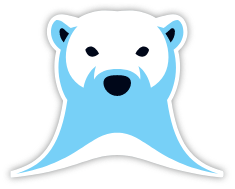 Of course, one way that you can save money on heating this winter (and hopefully avoid costly furnace repairs) is to simply not use any. However, that will likely be uncomfortable, and what you are most likely looking for instead is what thermostat temperature provides the best balance between personal comfort and keeping heating-related costs low.

What Is The Most Comfortable Temperature?

Unsurprisingly, this is a difficult question to answer. For example, a study showed just how divisive these opinions can be. For example, 57% of respondents said that the offices that they worked in were “too cold” in the winter while 16% had replied that the environments were “too warm” for them.

Meanwhile, the definition of “room temperature” can vary. For example, Dictionary.com states that this term refers to a “comfortable” environment, which is “usually considered” to be anywhere from 68 degrees to 77.

What Should You Set Your Thermostat At?

If you want to save as much money as possible on your heating costs this winter, you likely want to set your system at 68 degrees, at the bottom of the range that most define as “room temperature.”

Consider Even Cooler Temperatures a Few Hours a Day

Another way to save money, as much as 10%, according to the U.S. Department of Energy, is to lower it even more, around 7-10 degrees more, for eight hours a day.

Of course, if your home will be empty for that long or longer because everyone is away at work, school or otherwise, that would be a perfect time to do this. If that is not the case for you, consider if you want to have those eight hours be during the day, when it is warmer outside, or at night.

An argument for during the day is that you are generally more active then and will not notice the cooler environment as much as you normally would. Also, you may struggle to sleep if it is cooler overnight instead. With that said, some sleep more restfully when immersed in cooler air. Plus, you can more easily bundle up under warm blankets at that time than is likely possible during the day.

Another thing to consider is that perhaps you want to lower it to around 58-61 degrees in both situations. In other words, lower it for eight or so hours during the day, perhaps while you are away, and also lower it while you sleep if you do get more restful sleep in cooler conditions. Doing both of those things can only further keep your heating costs low.

Of course, if you are going to be away for long periods of time, say for an entire weekend, make sure to remember to turn down your thermostat before you depart so that your home is not being unnecessarily heated.

Go Gradual With These Changes In Your Thermostat Temperature

If you are used to having your heater set at around 75 degrees, you may want to decrease it gradually, perhaps a degree every three or so days.

Note that some are more sensitive to interior temperatures. This can especially be the case for children and elderly individuals, but it can also occur with anyone. For those who are especially sensitive, you may want to extend the temperature-dropping period to a degree a week.

If possible, use a programmable thermostat. This turns your system on and off at whatever pre-set timelines that you would prefer. So, if you are away from home from, say, 7 a.m. to 7 p.m. every day, you could program the interior to be 7-10 degrees cooler during those hours.

You could also ensure that it starts heating your place back up to 68 degrees or whatever number you decided to have as your baseline an hour or so before you walk back in, ensuring that it is cozy upon your arrival. With that said, take into account that people tend to be warmer when they initially get home since they had been active prior to that point and start getting cooler as they become inactive after having settled down. So, as a result, you may simply want it to start heating back up at your arrival times.

And keep in mind that you can manually override any settings that you have entered, perfect for when things do not go according to plan as far as when you are home, when you are not and otherwise.

Use Your Ceiling Fan

One way that you can increase your comfort level and lower heating costs is to utilize your ceiling fan. The trick is that at this time of the year, you want to reverse its direction, if you can. Generally, a ceiling fan will move in a counterclockwise direction, which cools you in the summer. In the winter, you want to switch that so that it rotates clockwise, which takes the room’s cooler air and pushes it upwards. At the same time, the warmer air at the top of the room gets pushed downwards, towards you.

How do you make this change? If it is in fact possible, there will usually be a way to utilize a remote that came with it to do so, or there may be a physical switch below its blades.

Where Is Your Thermostat?

Now is a good time to check where your thermostat is placed. You want it to be located in a place that provides the most accurate reading possible. In other words, avoid keeping it somewhere that direct sunlight comes into contact with it as well as in an area that gets breezy, whether through a nearby door regularly being opened or a vent that is close by.

Generally, a good spot is on a wall that does not have the outdoors on the other side of it and in a well-trafficked area.

Those looking to save money on heating costs should consider moving to solar power. This is an especially attractive option for us in Arizona. Even the winter months are quite sunny, averaging around 257 hours of sunshine a month, a little more than two-thirds of summer’s rough average of 370.

And if you do this, you can also use all of the solar power that is generated in the summer to help cool you during the hot temperatures that this area is famous for during that time of the year.

Just like how outside wind can cause the wind-chill temperature there to plummet compared to the real temperature, the same idea works at home. For that reason, you may want to utilize draft stoppers on your doors to ensure that you keep drafts inside your home as minimal as possible.

An energy-efficient window can help keep the cooler air outside. In fact, this is a benefit that is particularly appreciated during Arizona summers as it keeps the hot air outside as best as possible, but its value during the wintertime months should not be overlooked.

Do You Have Any Air Leaks?

To keep warm during these colder months as well as cool in the summertime, check if you have any air leaks that are bringing outside air inside. You may want to consult the services of a professional to determine if you do and to complete this element of heating and cooling maintenance.

Ensure that your HVAC vents are clear of any debris or dust so that they are able to work as effectively as possible – i.e. so that you are not unnecessarily spending money to heat your home.

Keep Blinds Open When It Is Sunny

This is the opposite of what most Arizonians do during the summer to limit air conditioning use. In the winter, keep your blinds open during the day to bring the sunlight in as this provides a natural way to heat your home.

Of course, the most accurate answer to the question of what temperature you should set your thermostat at this winter is to set it as low as you can comfortably handle. With that said, 68 degrees is likely the best answer for most people. And you can lower your heater costs even more by keeping it there for most of the day and decreasing it to around 58-61 degrees for around a third of the day, so about eight hours a day. That can occur while you are at work or school.

Click below to schedule a Polar Bear Technician whenever fits your schedule!